The president of the Council of European Aerospace Societies (CEAS) Christophe Hermans (left) and the chairman of the European Aeronautics Science Network Association (EASN) Spiros Pantelakis (right) signed an agreement during a first joined meeting in Brussels to intensify their cooperation in the field of aeronautical science and technology, on 21 March 2017.
As a first step, both organizations agreed to jointly organize future European aerospace conferences, establish a joined technical/scientific committee and promote the knowledge dissemination and publication of the outcome of research from engineers and scientists. 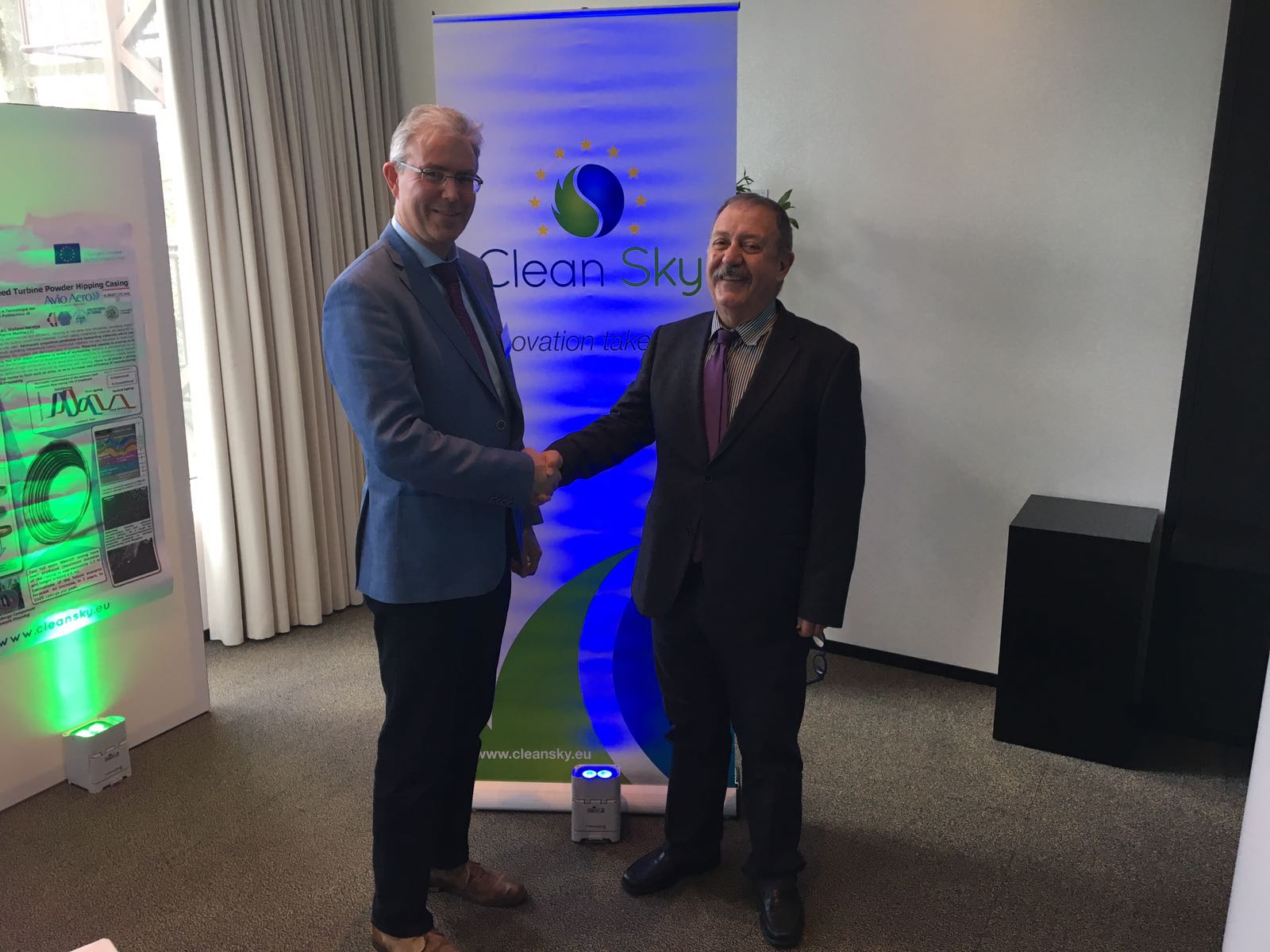